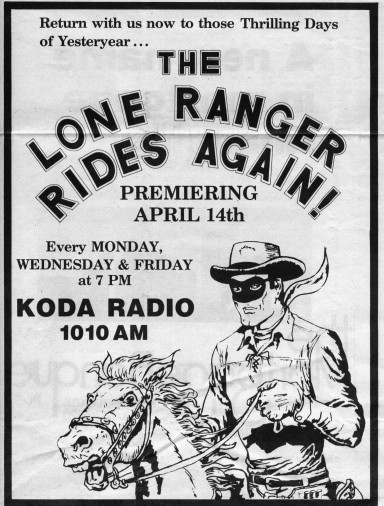 2,956 episodes. Just think about that number for a moment. 2956 episodes. That’s how many installments of the Lone Ranger radio series there were during its run from January 30, 1933 until its last original broadcast on September 3rd, 1954. And yet I’d be willing to bet that most of the people who will be flocking into theaters this weekend to see the latest big-budget blockbuster version of the story have no idea that the character that they are going to see actually was created for the radio,, much less have ever listened to any of those episodes.

And that’s a shame, because if they had, they would understand just how over-blown and bloated the movie they are going to see actually is. In less that 30 minutes listeners would get enough information on the setting, situation, characters, and story to know exactly what was going on, then they would be given a story with a real beginning, middle, and end. Sure, most of the episodes followed a pretty strict pattern or formula, but when you’re churning out that many stories day after day and week after week, well, that becomes rather inevitable.

Then again, it’s also how you take a character and make him an icon. 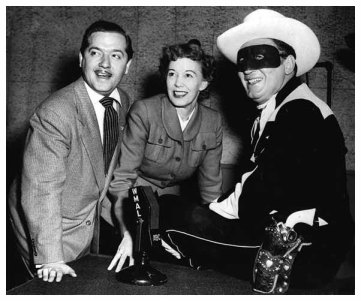 There is some dispute over just exactly who deserves the most credit for the creation of the character. Some say credit should go to George W. Trendle, who was the owner of Detroit radio station WXYZ where the show first aired, while others say that Fran Striker, who was the show’s main writer deserves the larger portion. Either way, together they definitely created a character who made a lasting impact and, through various incarnations on the radio, television, and film has largely remained the same. (Well, until today, anyway, when everything has to be “re-imagined” because this generation of movie makers and storytellers knows so much better than those who came before and studios simply do not trust their audiences to fall in love with characters the way that older generations did, opting instead to trade the basic character of those creations for because-we-can spectacle.)

Striker even created a moral code for the character which was to serve as a guideline for how he should be portrayed. In his own words, the code states:

Anyway, the show was an immediate hit for its home radio station, and it was quickly picked up by the Mutual Broadcast System, then later for what was known as the NBC Blue/ABC radio network. (I’ll have more information as we go along about the various broadcast networks and how all of that worked.)

Okay, I think that’s probably enough words from me on the topic and it’s time to actually get down to listening to some episodes. After all, that’s why you’re really here, right? As I noted above, there are almost 3,000 episodes to choose from, but unfortunately very few of them are available to embed from YouTube most likely because of various copyright claims. Still there are enough to give you a good taste of what the show was like, and most of the episodes do actually still exist in one form or another. (Actually, for a really good selection of episodes, I suggest beginning here.)  So once again, I invite you to join me in leaning back, maybe closing your eyes, and returning to, as the man says “those thrilling days of yesteryear, when from out of the past come the thundering hoofbeats of the great horse Silver! The Lone Ranger rides again!”

And, just because, here are a couple of video bonuses:

First, for those who want to know even more about the Lone Ranger radio show than what I’ve presented above, here’s a nearly hour long video  from the July 8, 2011 meeting of the Metropolitan Washington Old Time Radio Club and featuring Mark Bush. More info on the club can be found at the YouTube link.

And finally, here’s the TV version of the character from the first episode of the long running television show.

So, I hope you’ve enjoyed this look back to the real origins of the Masked Rider of the Plains and one of the longest-running radio shows of all time. And if you have any particular memories of other radio shows, or any favorites, please let me know in the comments below. I’d love to hear from you.