I generally try to keep politics and other real-world events from seeping into this blog, preferring to keep it instead devoted to the Reel World. However…

I had a couple of articles skitter across my desk this week that gave me a thought. The first was one from the Los Angeles Times headlined “LAPD found no bias in all 1,356 complaints filed against officers“. Here are some quotes from the article:

The Los Angeles Police Department did not uphold any of the 1,356 allegations of biased policing by officers that the agency investigated in recent years, according to a report by the Police Commission’s watchdog.

The numbers, which covered 2012 to 2014, prompted the president of the Police Commission to call Tuesday for a “deep-dive briefing” from the LAPD on how the investigations are conducted.

“I don’t think anybody believes that there are actually no incidents of biased policing,” [the panel’s president, Matt] Johnson said. “The problem is we don’t have an effective way of really adjudicating the issue.”…

“While no doubt the vast majority of LAPD officers do not engage in biased policing, it strains credibility to suggest that … there were zero instances of biased policing,” he told The Times. “It should not be surprising that there is diminished trust in the LAPD given these results.”…

Craig Lally, head of the union that represents officers, said that officers usually can’t tell the race of a motorist when they make a traffic stop. Even if an officer was racist, he said, it’s nearly impossible to prove whether he or she stopped someone because of that bias, rather than appropriate probable cause or reasonable suspicion.

“It doesn’t matter if it’s 13 hundred or 13 million [complaints], it’s always going to be the same,” he said. “We don’t want racist cops because that makes us all look bad. But there’s no way to really do it. I haven’t seen a real system in place that could weed that out.”

The second article comes from the website Five Thirty Eight Politics and is headlined “How To Predict Bad Cops In Chicago“. Here are some quotes from that one:

Protests against police violence raged on in Chicago over the weekend, with some demonstrators demanding Mayor Rahm Emanuel’s resignation over the shooting of 17-year-old Laquan McDonald by a police officer who is now charged with his murder. The charges came more than a year after officer Jason Van Dyke shot McDonald 16 times, drawing scrutiny of the department’s handling of the case and of police misconduct in Chicago more broadly.

At the heart of the reaction to the McDonald case are the questions of whether officers like Van Dyke are the exception or the rule, and how much responsibility the police department has to identify and discipline violent officers, as well as those who commit other types of misconduct.

The “few bad apples” theory of police violence posits that a small portion of the police force is ill-intentioned or inclined to misconduct or violence, while the majority of officers are good cops. Until recently, this theory was difficult for civilians to investigate, but department data on complaints against officers obtained through a legal challenge shows that police misconduct in Chicago is overwhelmingly the product of a small fraction of officers and that it may be possible to identify those officers and reduce misconduct…

The extensive catalog of complaints against officers appears to bear out the theory of a few bad apples: Among the 7,758 police officers who received a complaint during that time period, more than half received less than one per year (officers with zero complaints do not appear in the database). Meanwhile, the bad apples seem to be the ones racking up the grievances… 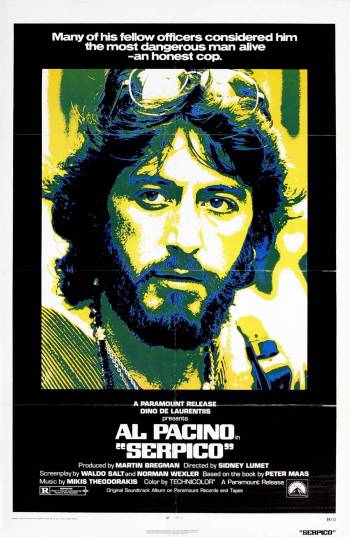 In my analysis of the Invisible Institute data, I found that the number of complaints an officer receives in a certain year predicts whether and how many complaints he or she will have in the following year. Over multiple years, the signal becomes even stronger. Officers with a baseline history of one or two complaints in 2011-13 have a 30 percent to 37 percent chance of receiving a complaint in the following two years. But repeaters — those with 15 or 20 incidents in the first part of the data set — are almost certain to have a complaint against them in 2014-15.

Okay, I think that’s probably enough for you to get the gist of the articles. Obviously, if you want to follow up and get more of the full stories all you have to do is click on the links above and read them in full.

Of course there are a lot of other related stories in the news lately that follow these or other lines that are a part of the ongoing national discussion about the way that police nowadays relate to the public that they are supposed to serve and protect and vice-versa.

So why am I bringing these stories into a blog that is supposed to be about the movies? The answer is simple. When I was thinking about these stories and the current dialogue, I got to thinking that perhaps the time is ripe for today’s film makers, who are always looking to past movies for “inspiration” to remake or revisit some of the cop movies of the past.

Specifically, I was thinking about movies such as Dirty Harry with its rogue cop “Dirty” Harry Callahan played by Clint Eastwood:

Or maybe Gordon (Shaft) Park’s 1974 outing The Super Cops which sees Ron Leibman and David Selby taking on the roles of NyPD officers Dave Greenberg and Robert Hantz who became somewhat infamously known as “Batman and Robin”. I don’t have a trailer for this one, but here’s a clip:

Or perhaps Walking Tall in which Joe Don Baker portrays legendary Tennessee lawman Buford Pusser and his big stick. (Yeah, I know, they already remade this one some years back with The Rock, but let’s not mention that, shall we?)

Or for those who are more in the mood for cleaning up the force, maybe the way to go is with the Al Pacino starring Serpico:

Don’t misunderstand, I’m not meaning to make light of the current scandals and problems that seem to be plaguing our nation, far from it.  I just thought I’d share these thoughts and movies with you and maybe see what movies from the past you could think of that would also fit into this ongoing storyline. Let me know down below in the comments.

My Tweets
Join 222 other followers