I’ve often said that I miss the comics covers of old. Those covers were designed, unlike many of the ones being produced today which are merely mini-posters spotlighting the titular character without giving any indication of the story contained inside, to draw readers in and make them anxious about actually reading the stories contained therein. Of course, this was also a time when comic books could be found all over the place, from newsstands to the local drug store, as opposed to only in specialty comic-book shops, and they were largely focused on catching the eye of someone just passing by the comics rack instead of depending pretty solely on regular readers who are willing to go every Wednesday to get their weekly fix, but that’s a discussion for another time, I suppose. Anyway, “Covering Comics” is going

to be a probably irregular series of posts where I take a look at various covers from the past, highlighting some of my personal favorites, or other covers of note for one reason or another.

Since Batman vs Superman came out this week, I thought it might be fun to take a look at the relationship these characters used to have with each other, specifically the one that developed over the years in the DC Comics title World’s Finest Comics. Though at first the two heroes appeared together on the covers but in separate stories on the inside, as of issue 71, as DC comics got thinner and moved down to 32 pages, the two began appearing in the same stories.

One of the things you’ll probably note is that the characterizations of the two, and especially that of Batman, are very different, much lighter, than what we are used to seeing in today’s comics. Who today could imagine Superman and Batman paying baseball or skiing together, Batman being such an amazingly public figure, and while Superman certainly still fights aliens quite often, they really aren’t much like the ones featured on these covers. Also, we’re back to the type of covers, especially during the later years that were designed to draw in the occasional reader and make them wonder about the story inside.

Okay, that’s enough introduction. Once again, I’m going to get out of the way and let the covers speak for themselves. 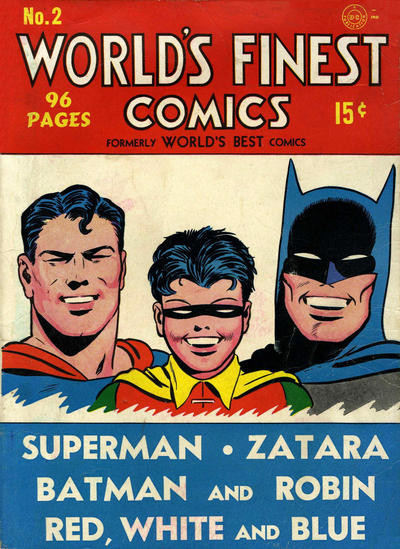 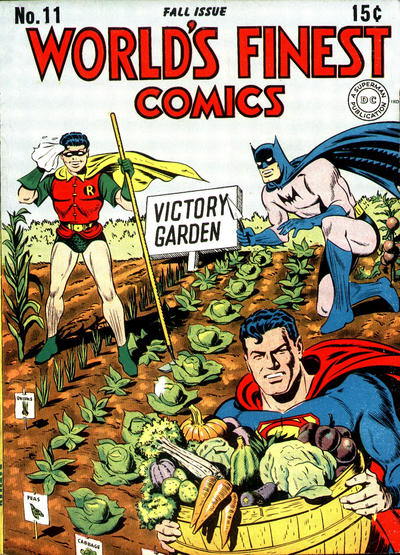 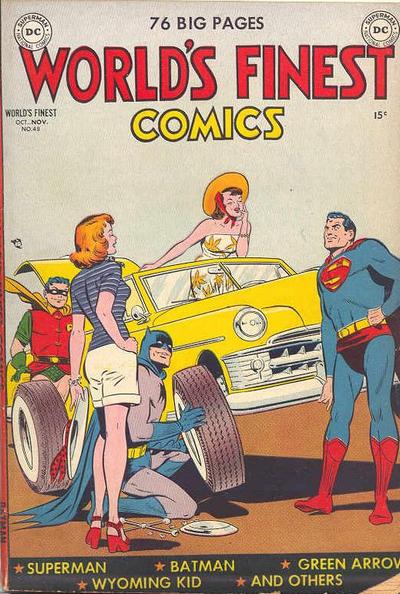 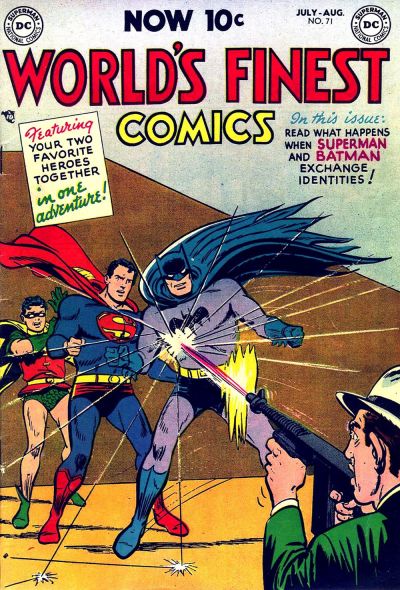 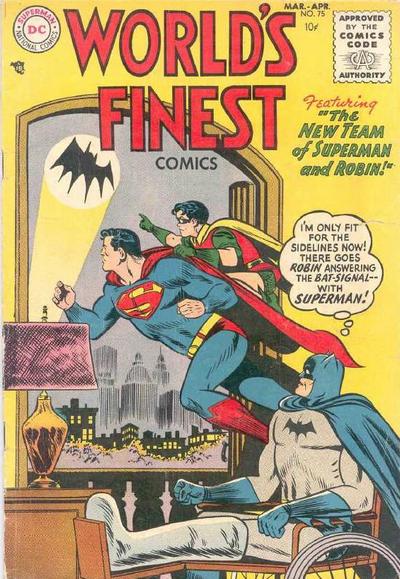 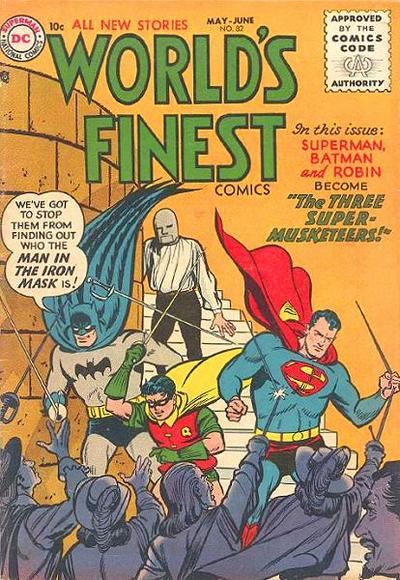 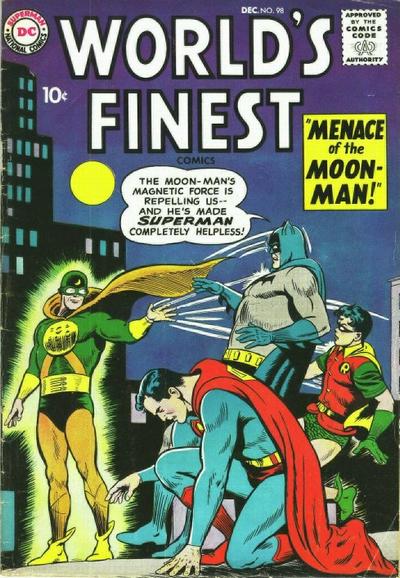 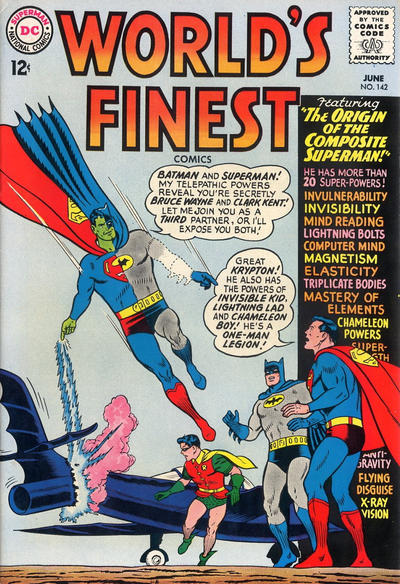 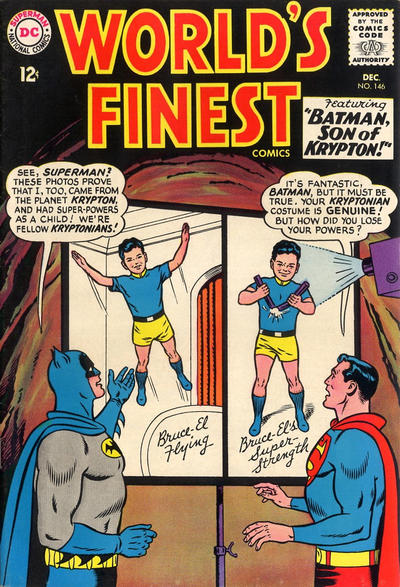 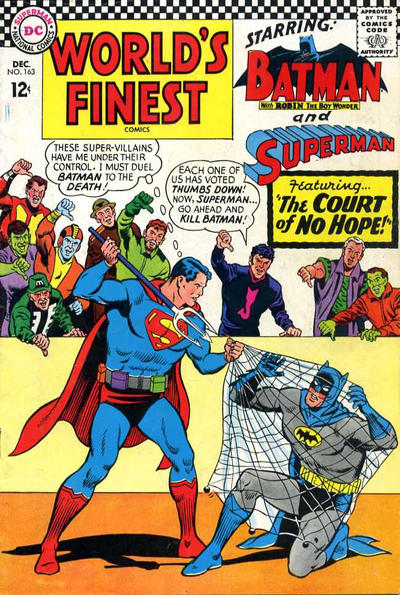 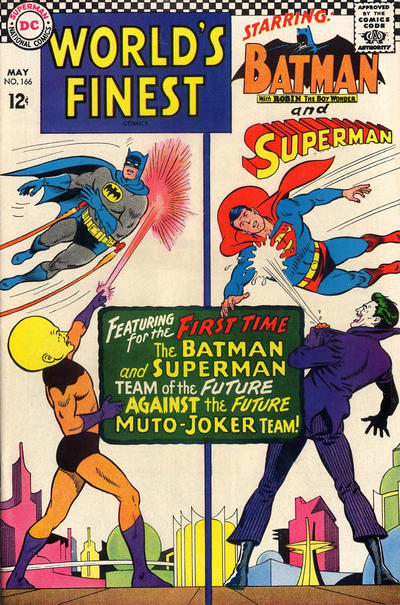 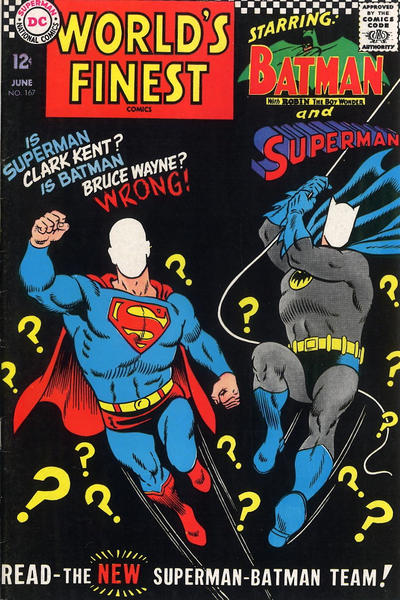 Next time? More of the same, but different.