Okay, let’s start with a quick recap of the “rules”, shall we? The basic idea here is to take a movie that is out in theaters now, and pair it up with another movie from the 1980s or before. Sometimes the connection will be obvious, and sometimes it’ll be a little less so, but that’s part of the fun. 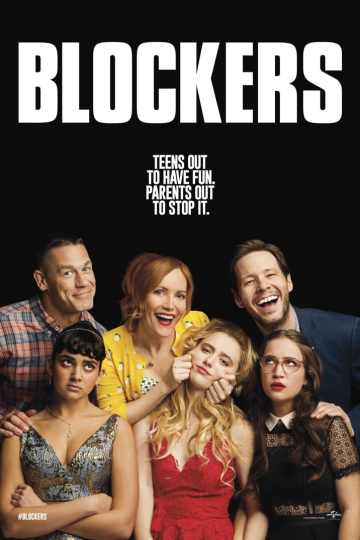 There are truly times when I despair about the state of comedy in America.

No, let me restate that. Actually, there is a lot of good comedy out there. Unfortunately, however, very little of it seems to be showing up in theaters.

Instead we wind up getting “comedies” like this weekend’s big opener, Blockers.

The premise? Let’s take it straight from IMDB, shall we? “Three parents try to stop their daughters from having sex on Prom night.”

Yep. That’s it. And just in case you need more convincing that this is a lowest-common-denominator-only movie which is basically out simply to offend and go for the cheap shot, have a look at the trailer.

Not that comedies with incredibly bad premises are anything new. They’ve been around almost as long as movies have been. But, in keeping with this month’s theme, I figured I’ pick one from 1968.

Now, I have to admit that I’ve never seen The Wicked Dreams of Paula Schultz, and unfortunately I was unable to even find a trailer for it, but just looking at the plot summary from Wikipedia, I have to imagine that it fits the criteria pretty well. Go ahead and read it for yourself:

Paula Schultz (Elke Sommer) has been preparing to compete in the Olympic Games, but instead pole-vaults over the Berlin Wall to freedom in West Germany.

A black-market operator, Bill Mason (Bob Crane), hides her in the home of an old Army buddy, Herb Sweeney (Joey Forman), who now works for the CIA. Bill is willing to hand her over for a price, to either side, so a disappointed Paula returns to East Germany with propaganda minister Klaus instead. At this point, Bill comes to his senses, realizes he loves her, then disguises himself as a female athlete to get Paula back.

Yeah, that definitely sounds like a winner. Probably less intentionally offensive than Blockers, but still likely wrong from the very start.

So what do you think? What would you choose for a double feature with Blockers? Leave your thoughts in the comments, along with ideas of any other upcoming movies you’d like to see “double featured”. Consider it, if you will, your chance to challenge me to come up with an interesting pair.

Until next time, Happy Viewing!