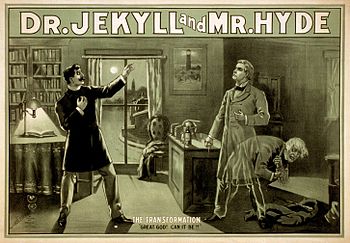 Television series – at least here in the U.S. – generally come in two flavors: the continuing series (those that simply go on and on for years with no real end in sight until either flagging ratings or the personnel involved decide it’s time to shut down shop) or miniseries that tend to last for a relatively short duration – usually at most 13 episodes – and have a single story to tell. Of course, the former is more popular that the latter, at least as far as network television goes, because, after all, if they can come up with a popular property, why not flog that beast until it just can’t run any more.

What we don’t tend to see much of is something that kind of falls in the middle.

Back when I was growing up, there were usually two television seasons each year. Generally speaking, you would have the fall season, which is when the networks would begin airing their new shows for the year, and they would generally run for somewhere between 22 to 26 episodes (the shorter episode count would often be used so that the networks could air pre-planned holiday specials and that kind of thing) and then what we called “rerun season” where the networks would basically do exactly that: air re-runs of the series that had just aired so that those who missed them the first time around could catch up on what they had missed. This was, of course, before the advent of home recording devices and all of the rest of the innovations that changed the way Americans watched TV and led to the programming mish-mash that we have today where you never really know when the next new episode of your favorite show might air. 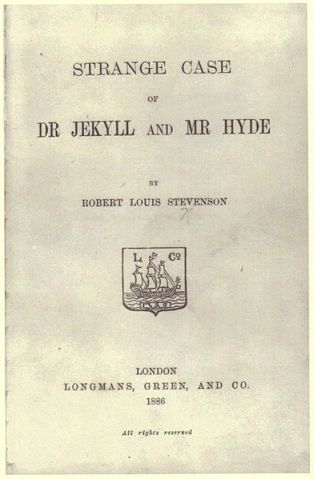 So what were the “seasons” like during the era of old-time radio? Actually, they, too, tended to be fairly consistent. Many shows, especially during the “live” era of radio would actually produce 52 shows per year, one each week, because the radio stations and/or networks wanted people to know that at a certain time – say 7pm on a Sunday evening – they could tune in and The Jack Benny Program would be on the air. Of course, this also meant that they ran the risk of “burning out” their performers if they never could get time away from producing the shows. The solution to this often led to what was known as the summer replacement series, which would generally run for 13 episodes (basically three months) in order to give those performers (and all the behind the scenes people such as writers and directors) a chance for an extended break. Those summer shows might be ideas that the networks wanted to try out – perhaps a different comedian would be given Jack’s slot in order to see how well they could carry a show of their own – or they might be what we would today consider extended mini-series that would tell a single story over that 13 week period.

Anyway, that’s how it tended to be during the era when most radio shows aired live. However, later came what became known as transcription series. These were series that would be pre-recorded and then could be sent to the various radio stations. Usually, these were still produced on a weekly basis, but sometimes a producer would go ahead and record, say, an entire 13 episode series and just ship then to the stations all at one time. This, of course, was incredibly convenient for the producers, because it meant that they didn’t have to re-assemble their entire cast each week, but could instead record a number of episodes in a few days, and it was good for the stations because they didn’t have to worry about whether the recorded programs would arrive on time, nor were they dependent upon the at times sketchy transmission systems which would deliver the programs to them.

Okay, I’m kind of digressing here, but there is a point to all of this. As you might suspect, much like television today, most of the shows that aired year-round new episodes were just that – episodic. In other words, it really didn’t matter whether you had tuned in for last week’s show or not, because there wasn’t a continuing story-line to be followed. And those shows that did have an over-arching plot would be the ones that would only run for thirteen or so episodes.

What was much more rare, just as it is today, was the series that would stretch that format – that would take one story with a complete beginning, middle, and end – and stretch it out for listeners to need to follow for an extended period of time. The best comparison I can think of at the moment would be something like “24”.

So imagine what it would be like to take a finite story, oh, say, something like Dr. Jekyll and Mr. Hyde, and turn it into a year-long series with a total of 52 episodes. Well, that’s exactly what Australian radio producer George Edwards did.

Edwards, an Australian radio producer and actor, undertook the project in 1932. Since he was, at that point, able to transcribe his series, he was also able to produce a year’s-worth of programming in just a few weeks, and then sell it to radio stations who were eager to have a known, consistent product that they could broadcast for an entire year in the same time slot. At the same time, since each episode was only 15 minutes long, if the radio station could get one or two (usually local) sponsors to commit to advertize on the show for the  entire run, it was a very low-risk proposition for them.

Another plus for the show is that Jekyll was a very hot property at the time, as there were a number of film and stage adaptations that were taking advantage of newly developed special effects to explore the possibilities inherent in the story of a man who transforms into an evil version of himself. Of course, this transformation was even easier on the radio, because instead of having to change his entire look, the actor merely had to change his voice.

And for Edwards, a man commonly known as “The man of 1000 voices”, this would prove easy (and at the same time very effective) indeed.

Obviously, with a running time over 11 hours total, this adaptation is, at times a bit stretched, and it does bring in characters and episodes that were not part of Robert Louis Stevenson’s original novel or were only hinted at or talked about in the printed version. Nonetheless, it does work very well as a series, and proves to be quite entertaining

Thanks to YouTuber “TonightOnTheRadio”, I’ve been able to compile a series of four playlists which will allow you to listen to the entire run of the show, except for episode 15, which appears to perhaps be a missing episode.

UPDATE 3/4/14: Unfortunately, it appears that the original videos from which I had made those playlists have either been taken down or moved. I am currently searching for replacements so that you can listen to the entire thing. In the meantime, however, thanks to a different uploader, “MrJsc1996”, I have been able to compile one playlist containing the first 13 episodes of the series. If, for some reason, you find that this (or any of the other episodes in any of my other OTR Thursday posting) do not work for you, please let me know in the comments, and I will do my best to find replacements for them. Thanks, and again, happy listening!

Here, by the way, is the cast list for these episodes.

Next time: Inspired by Tuesday’s post on the film Casablanca, we’ll take a look at a show hosted by and featuring one of that film’s stars. But it’s probably not one you’d expect.