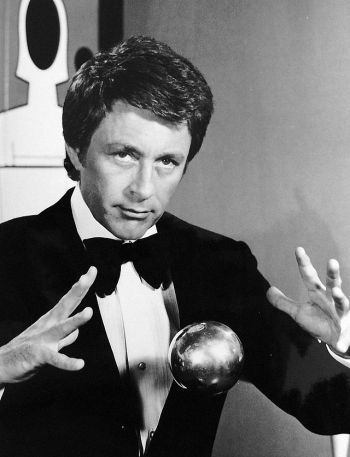 The internet is a rabbit hole. We all know that. You start off looking for/at one thing, and before you know it, you’re in a completely different place altogether.

Here’s how one recent trip down the hole went for me:

1) I was looking at recent movie news and noticed that Hulk Hogan said he wanted to be in the upcoming Expendables 4, alongside Sylvester Stallone who gave him his first big movie break as “Thunderlips” (yes, Thunderlips) in Rocky 3. (If you follow DMM on Facebook, you might remember that I posted a clip of them fighting there just a few days ago.)

2) Watching the clip of that fight from the movie reminded me how much I miss the wonderful character actor Ray Walston, who played Rocky’s manager/trainer in the early Rocky movies.

3) Thinking of Walstone immediately made me think of other roles that he had played, such as Uncle Martin in the classic TV show My Favorite Martian.

4) Thinking about that show of course reminded me how much I also miss Walston’s co-star in it, Bill Bixby.

5) Again, thinking of Bixby made me think of other roles that he had been in. Of course, he is probably best known to most people today for his portrayal of David Banner (yes, in the TV show, the character’s name was changed from Bruce to David, and no, I’m not going to go into that right now), in the television version of The Hulk, but he also starred in another TV show that I have fond memories of: The Magician.

For those of you who may not  remember or have ever even heard of the show (meaning, I suspect, most of you out there reading this), in The Magician, Mr. Bixby starred as stage magician/playboy Tony Blake (though as you’ll see in the pilot below, his name was originally Anthony Dorian) who used his skills as an illusionist to help solve mysteries and crimes. Unfortunately, the series ran for only one season on NBC from 1973-1974, and even during that limited run, it seemed like the producers couldn’t really figure out how best to sustain the premise which actually saw a major shift about half-way through when Blake’s base of operations changed form his specially outfitted personal Boeing 737 to the real-life Magic Castle located in L.A.

Oh, and just for the record, though it’s not true of the pilot, during the rest of the show’s run, Bixby actually performed all of the illusions seen on the show himself, without the aid of any camera trickery.

With all of that said, here’s that pilot episode. And you can thank Hulk Hogan for getting to see it.